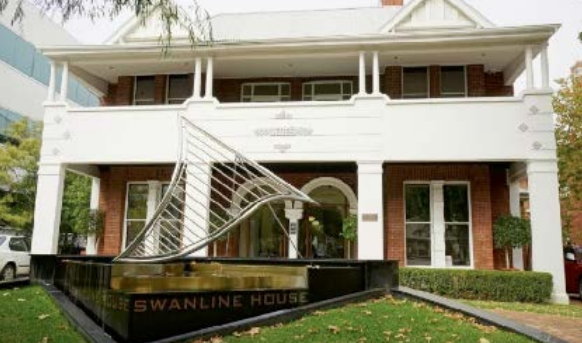 JLL is marketing the West Perth character office at 13-15 Ord Street, which was built around 1910.
The two-level, former mansion comes fully refurbished with modernised amenities and is less than 2km from the Perth CBD.
JLL director, sales and investments WA, Tom Nattrass said the property had great potential for an owner-occupier in a highly sought after location.
The building has nearly 475sqm of net lettable space and features a grand entry hall on the ground level, a reception area and offices connected to a big boardroom.
It has 230sqm on the ground floor and 245sqm on the first floor and, when fully leased, is expected to generate an income of $260,000 a year.
“The property has potential to park 20 vehicles, with four secure garage spaces at the rear of the site, which is a real asset in the parking poor suburb of West Perth,” said Mr Nattrass.
“The ground floor is occupied by a long-standing tenant and the first floor is occupied by the owner who can vacate or enter a leaseback arrangement subject to negotiation.
“We are providing flexibility to purchasers by offering the potential to negotiate new leases with the current occupiers.
“Alternatively an owner-occupier can gain access to a vacant building within a short period.”
The building sits on 1196sqm of land “Should a purchaser elect to redevelop, the site has a mixed-use plot ratio of 2:1, with bonus potential at the council’s discretion,” Mr Nattrass said.
“This effectively translates into a redevelopment of at least 2392sqm, subject to council approval.”
Offers to purchase close on June 10.