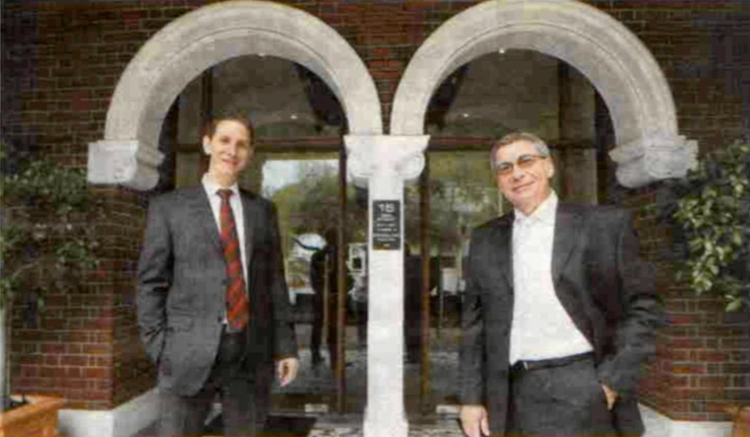 The past two years have been a bruising time for property developers but smaller operators have been even more vulnerable to the capital shortage that has stalled pro- jects and derailed business plans. However, Swanline Developments’ new managing director says the tough eco- nomic climate has also been a valuable learning experience. It’s certainly been a difficult time for everyone but it’s been a very good learning experience, especially for younger people who haven’t been through a downturn of this magnitude,” Paul Trettel said. “We’ve survived without any major issues but it’s been a good reminder that you should continue to remain somewhat conservative in your approach to business. “A lot of property developers and other businesses have come unstuck as a result of being a little too aggressive in the amount of equity they were putting into developments. “We’ve always had a very conservative approach in that sense so if something did go wrong in the world we would always be protected and not be forced into having to sell under pressure.” Mr Trettel has replaced James Harris. who stepped down alter holding the position for the past 11 years but will stay on as executive director. Swanline Developments, which was started 12 years ago by Mr Trettel’s father, John Trettel, specialises in property development and project management but recently has diversified into invest- ments in junior explorers and is also Handing over: Paul Trettel, left and James Harris. involved with other small businesses at a board level. The developer has a number of projects close to starting. Swanline acquired three properties on Lord Street. Highgate, totalling 10,000 square metres and has planning approval to change the light industrial zoning so it can proceed with developments including a five-storey, 6500sqm office building on the site of the old Norwood Hotel. Last week it announced a joint venture with Finbar Group to develop 90 apartments and 10 commercial lots in a project that will have an end value of about $50 million on a site bounded by Lord and Summers streets and Coolgardie Terrace, Picture Sandra Jackson Under the terms of the joint venture, which is still subject to development approval, a wholly owned subsidiary of Finbar will develop the land, which is owned by a Swanline subsidiary. Finbar will contribute $2.53 million as working capital and Swanline will contribute the land. Finbar will develop the project, earn a management fee and share equally in development profit with Swanline. Plans are also before the City of Stirling for a luxury townhouse development at Churchlands Green. With no plans to change the direction of the business, Mr Trettel said Swanline was looking for other new opportunities.
MARISSA LAGUE