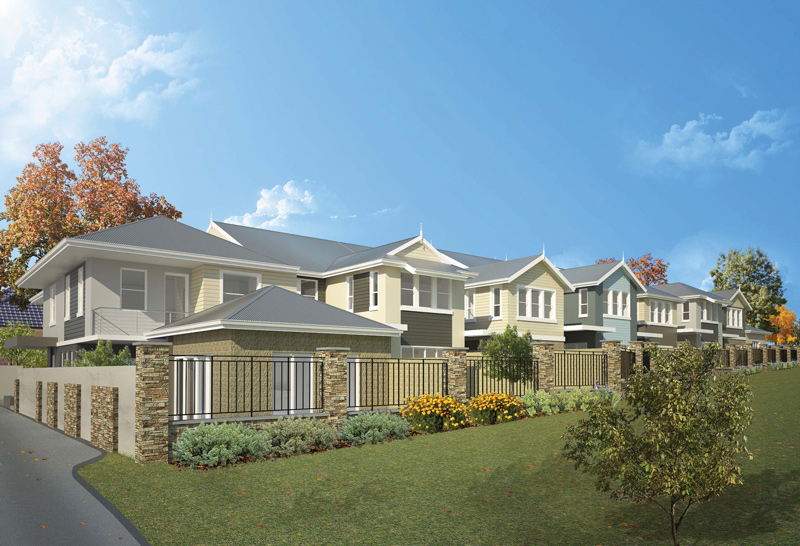 Development company Swantine Group launched a small residential project last week, featuring townhouses designed by Ed Eames, from Ed Eames Architects, in the Churchlands Green Estate. The eight two-storey homes have three or four bedrooms and come in designs that include two or three bathrooms in 220sqm homes.
Swanline managing director Paul Trettel said baby boomers were identified early in the protect as likely buyers because the homes lent themselves to people looking for a lock-and-leave base but
the aftermath of the global financial crisis and the internal designs are spacious and contemporary with lots of natural light and northern courtyards overlooking the Wemb­ley Golf Course.
“The key scope for us was to design something attractive and spacious and target a price that was competitive, if not better than anything else in the estate, Mr Irettel said.
“Apart from some small apartments, there is nothing in the estate selling for less than $1.5 million and our entry price is $1.24 million.”
Churchlands Green Estate is on the former campus of Edith Cowan University where many mature trees were retained.
It is close to City Beach and Floreat Beach, the CBD and the West Perth and Subiaco business hubs.
Depending on pre-sales, construction is due to start in June and is likely to take one year.
Mr Trettel said Swanline was expecting a fairly strong reception, even though residential sales had been hard to forecast.
A letter of intent with a well-known Perth builder has been signed but a contract has yet to be entered into for the construction.
Late last year, Swanline Group announced a joint venture with Finbar Group to develop 90 apartments and 10 commercial lots in a project that will have a value of $50 million on a site bound by Lord and Summers streets and Coolgardie Terrace in Perth.
MARISSA LAGUE