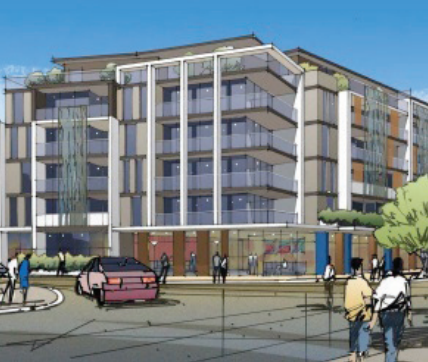 Apartment developer Finbar Group has signed a joint venture with private developer Swanline Group to build an inner-city apartment complex valued at $31 million on the corner of Lord and Windsor streets.
It is the second joint venture between the two developers with their first venture, Ecco Apartments also on Lord Street, now under construction and all but two of its 90 apartments sold.
In a statement to the Australian Securities Exchange, Finbar said a development application would be lodged next month and the joint venture was conditional on it receiving development approval.
The new development would consist of 59 residential apartments and four commercial lots and is also close to Finbar’s sold out St Marks project on Harold Street in Highgate.
Finbar managing director Darren Pateman said the location of the new project between the well-received Ecco and St Marks projects supported confidence in the development.
If the project proceeds, Finbar would be required to contribute $1.89 million as working capital for the project which will be constructed on land owned by a Swanline Group subsidiary.
Finbar would develop the project, earn a management fee, and share equally in development profit with Swanline, the statement said.